From Japan a great band, my favourite new discovery this week!

I Corrupt All Cops 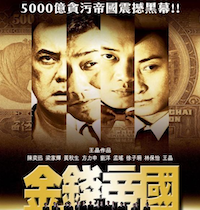 In HK the ICAC is the feared (by wrong-doers anyway) anti-corruption force and this film purports to document it's creation and how it broke the back of endemic police corruption in HK in the 1970s. Well it is a Wong Jing movie so historical accuracy may not be 100%... However this is Wong Jing in "good work mode" keeping the racism and sexual weirdness to a minimum and the film, whilst not flawless, is a very enjoyable piece of HK movie drama.

The film centres around Tak, a police man so bent its untrue, and his fellow corrupt cops as they take back handers, bribes and basically run the triads. Tak, played by Tony Leung Ka-Fai, largely does what he likes. Apart from when his British superior demands a crime crackdown so he orders Anthony Wong to catch some criminals and if he can't catch them, frame someone. That is exactly what happens when Alex Fong is framed and tortured and only avoids going to jail for various fitted up crimes by a bit more corruption. Eason Chan plays a younger cop who is Tak's yesman. Eason is a man without any real honour, doing as his dailo orders even to the extent of taking in all of his ex-mistresses.

Things have to change though when Tak starts to get too carried away and the British order the creation of the ICAC to be headed by Bowie Lam and one of the first recruits in Alex Fong. Anthony Wong, by now fallen out of favour with Tak, is also recruited to turn gamekeeper from poacher. Yet despite the fact he tortured Alex Fong earlier in the film the fact is never mentioned or even hinted at which is quite odd and a bit lazy.

The war between the corrupt cops and ICAC is vicious and bloody but can only end in one way and in the end characters like Eason have to decide if they have any self-respect or not.

So is this movie any good? Yes it is. Its a near-modern period piece but unlike some other TV and films set in the 1970s/80s it doesn't try and set the scene lazily with a gratuitous array of product placements. The story is good though also pretty violent (including a couple of torture scenes) and slightly weird (Wong Jing nuff said). Some rather key moments in ICAC history are rather brushed aside or ignored but this is entertainment not a documentary and it is indeed very entertaining with some good performances. 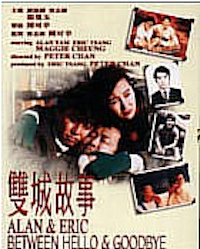 Alan Tam and Eric Tsang are lifelong friends that were separated as children as Eric went to the US but then reunited with Alan some years later back in HK. Eric tries to make a business selling eggs while Alan plays guitar in a bar. All is cosy and cool.

But then 10 years later they are reunited in SF, Eric is now dying. But as his dying wish he wants Alan and Maggie to stay together.

A lovely romantic and quirky movie, maybe a little indulgant and often surreal - especially when they add Alan's concert footage in the mix but it gives the movie a brilliant cantopop nostalgia trip. Then there is the whole thing about Treasure Island, whats that all about me hearties?

The Troublesome Night series of horror films amazingly went up to 19 or so but lets stick with one of the earlier efforts. 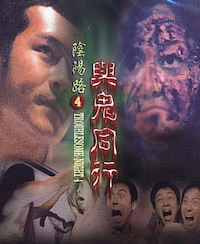 A group of Hongies go to the Philippines for a tour, and here are 3 stories set around their tour. One guy is transporting an urn containing the ashes of a Filipina who died in HK. As he heads to deliver his pack he keeps seeing a girl in the mirror and even in the shower. She looks exactly like the girl whos ashes hes now carrying too!

The frights are more the Carry On Screaming type than Ultra Violent Driller Killer Maniac 6 : I Drank His Brains And Then Projectile Vomited Them Back Up (a personal favourite) kind of horror. Plenty of ghosts appearing suddenly and people screaming. And its all very very funny, sometimes intentionally too. 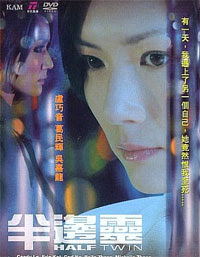 This was one of the biggest flops in HK cinema in 2006 (apparently only making a few thousand at the box office though admittedly not a huge budget film) though it is maybe a bit unfair as its not that bad a film, indeed it is actually pretty good... in parts anyway.

The rich sister's boyfriend Eric Kot gets a bit suspicious though when his "girlfriend" wants nothing to do with him and acts totally strange. Bad Candy is assisted by Carl Ng who is the real evil mastermind behind the plot. Of course there is a twist, its not totally unexpected but pretty well done.

So all in all a decent film and worth seeing. Candy Lo pulls off two good roles for the price of one as the twin sisters have different characters. Indeed it is worth watching alone for the rather impressive athletic form of Michelle Zhang incidentally. She steals the scene fairly often, standing there silently. Hopefully she will get other film roles where she actually speaks.

I'm a sucker for HK romantic comedies which feature a host of the current starlets in favour and especially those that star Stephy Tang. She is in this one along with Justin Lo, Kay Tse, Miki Yeung and ...er... I Love U Boyz. This film is really 5 little films in 1, like a complicated drama serial it includes different storylines and plots running simultaneously and the film switches between them. 5 may be pushing it slightly as the film is bitty but its not without high points (and low points for that matter). 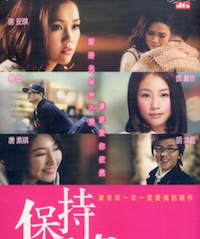 The most important story is probably between Stephy and Justin. He tries to woo her with his music (he being a musician) though hits an unexpected snag when he discovers Stephy is deaf! The most annoying story involves the I Love U Boyz pair playing a couple of losers (no sniggering please) who end up with Miki Yeung staying with them (somehow) and we follow their "hilarious" attempts to try and have sex with her. If there ever is a low point in the history of cinema then this may be it.

Sammy Leung is another comedian who can often be annoying but here he is on top form as a guy trying to juggle multiple simultaneous dates. It is a ridiculous set-up of course but funnily done. All of the stories end in a twist which i won't spoil here. Some of the twists are a bit ridiculous stretching credibility a bit far but few are predictable. Overall the film is worth watching though not without flaws, some big ones at that. The star spotting can be fun though. 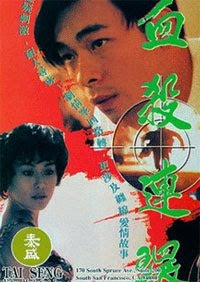 Andy Hui (looking rather young here) plays a cop investigating a series of murders along with his annoying partner Cheung Kwok Keung. The victims seem to all be cheating husbands and linked to a club Table For Two which seems to cater for those who wish to fool around... so the two cops go undercover and both fall for two girls who work there. Andy falls in love with Chan Hui Ying... unfortunately she has a beefy ex-husbund who wants to beat up anyone who touches his ex.

As guys who have been with Ying have ended up dead and Andy gets threatened with a knife by the ex he becomes the suspect for the murders. But then the ex is gunned down too. So who is it? The jealous barman who is secretly in love with Ying? Though you know Sarah Lee seems very close to her too...

The film is entertaining low-budget HK fun, the plot is coherant (no weird tangents which is a rarity in HK movies of the period) and keeps you guessing for a time although an experienced HK movie watcher should be able to guess who the murderer is before the unveiling because the other suspects are just too obvious. There is even a showdown with explosions!
Posted by Kris Davies @ 11:16

This work is licensed under a Creative Commons Attribution-Noncommercial-Share Alike 3.0 Unported License.